Earth Day is a special day in our household, because we like to think we do our part to save the planet. It’s become an even more important event after I became a dad in 2011.

We make sure our daughter eats mostly organic food, and we have a vegetarian diet. We recycle and upcycle. I ride my bike everywhere and my partner takes the bus to her school. We have a baby seat to carry our daughter on longer trips. I was raised a hippie kid, so it’s how I’d like to raise my daughter.

Our daughter happily listens to us read her kid’s “green start” books about the planet like One Tree and The Five Senses. She looks beautiful in her specially picked used clothing. She is happy to play with her wooden toys.

Yet despite our mostly eco-friendly lifestyle, I’d still call myself a cynic.

And today, while watching 12 year old Ta’Kaiya Blaney sing “Earth Revolution” at the Grandview Park, I was reminded of my cynicism which contrasted with the optimism and hope of the young girl on stage.

Hearing her beautiful and powerful voice, I was moved to learn more about this young girl.

Spontaneously, I approached her parents and we arranged an interview in the park. I knew nothing about Ta’Kaiya Blaney except what I’d seen of her on the stage, so I thought I’d interview her to explore the “youth” angle in a story about Earth Day.

We started the interview by talking about the song she wrote called “Shallow waters” about the contested Enbridge Northern Gateway pipeline. The song is a story, she says, “about a future where the crude oil spills onto the lands, onto the many cultures in BC, onto the waters, onto the animals, and onto the ecosystems, and it reminds of what’s at stake and what can be lost”.

A few of the lyrics from the song are: “In shallow waters I used to see, Dolphins playing in front of me, Seaweed swaying, keeping time, Tidal rhythms laugh not cry”.

So how did a 12-year-old become so interested in the environment? In her mind, it stems from the way she was raised as a child. She spoke of her mother taking her at age two down to the river, and dipping her toes into glacier cold water. Ta’Kaiya was able to experience lush, beautiful and pristine environments growing up.

She was aware even as a young child of what was lost in her environment and her culture and has grown up aware of these issues.

Was it inspiring to be able to travel around the world to events, conferences, and learn about different cultures? Can one meet other kids with the same passion and wisdom? Ta’Kaiya went to the Rio Summit with the Indigenous Environmental Network ( IEN ) and Clayton Thomas and Rueben George last year. She met with many other Indigenous people who have traveled worldwide and are facing problems in their territory, such as Squamish and Haida Gwaii nation, and Gitxsan people. Hearing people share their songs and stories has inspired Ta’Kaiya.

At the end of our interview, Ta’Kaiya spoke poignantly about Earth Day. While singing, she said she “saw smiling faces, faces full of love and full of passion and that’s a great thing to see.”

“We’re not fighting in sense where we’re bringing out our axes, we bring out our shields. We’re fighting in a sense that we are defending the land, and defending our Mother Earth. To see these faces out in the audience is a very inspiring thing,” she said.

To finish, here are a few words from her song “Environment Revolution” ( by Ta’Kaiya Blaney and Aileen De La Cruz ):

We are a million voices strong

But there’s a choice between right and wrong

Cause there won’t be a tomorrow

If we don’t change today 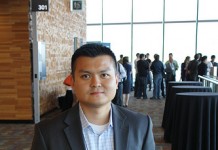 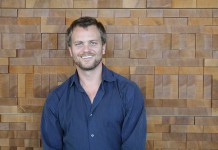